Discover the inspiration behind this timeless collection of Fornasetti designs, as seen through the eyes of the Cole & Son studio.

Classical architectural elements are a recurring theme throughout the Fornasetti archive, from colonnades and cornicing, to grand facades and friezes, all depicted through Piero Fornasetti’s detailed hand. Designs such as Mediterranea’s sprawling cityscape of roofs and domes create an immersive, architectural motif full of detail and life, whilst Procuratie con vista takes much-loved elements such as arches and balustrades, sketched in Fornasetti’s intaglio style, creating the illusion of structural features within an interior. 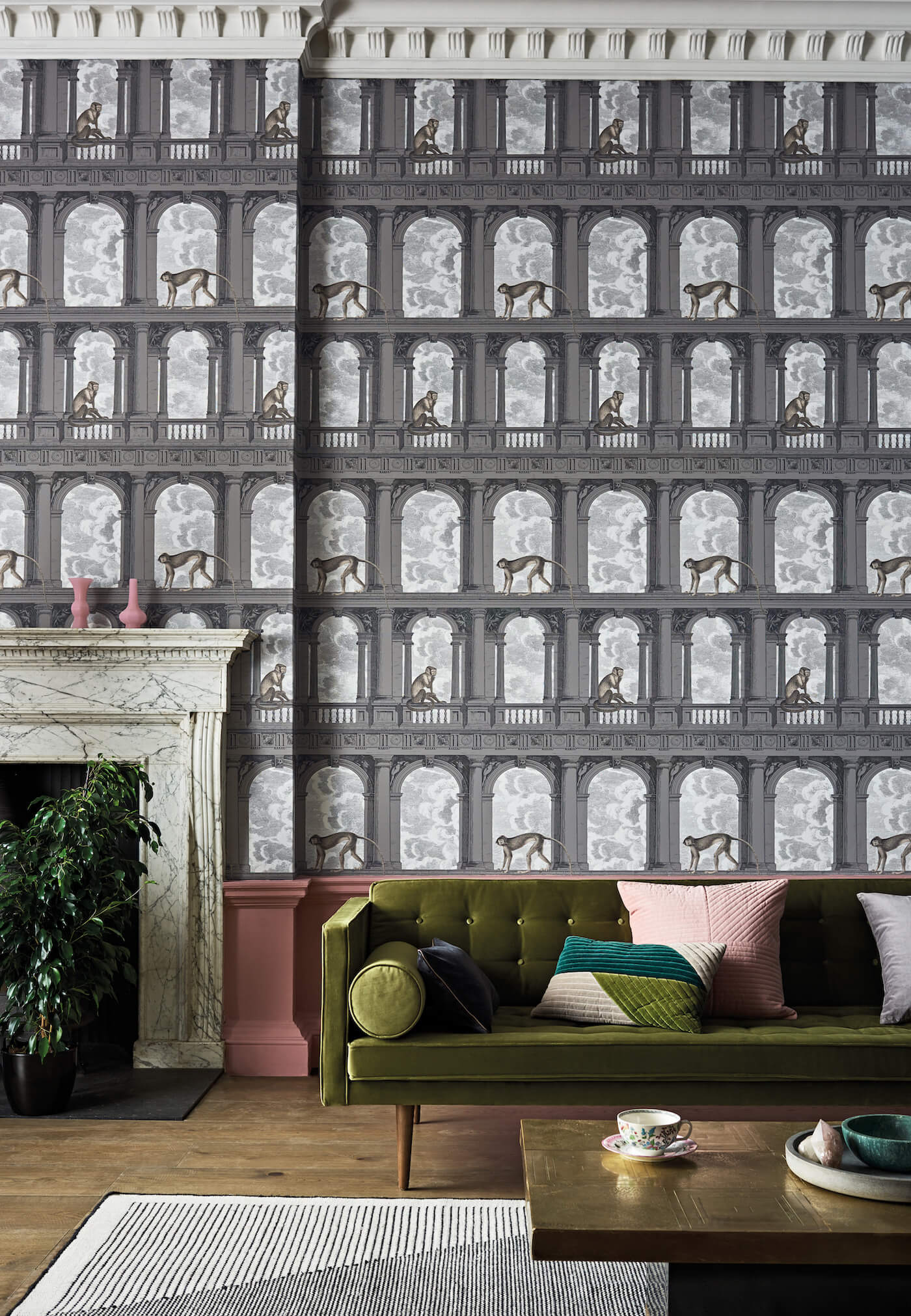 Some of the most prolific motifs seen throughout the annals of art history come from the natural world, with an array of flowers, fruits and stones adorning famous works across the centuries. These organic elements can also be found within the work of the Fornasetti Atelier, with the budding branches of Frutto Proibito’s ripe pomegranates, the dense leaf cover of Chiavi Segrete, and the swirling curves of Malachite’s rich mineral form. 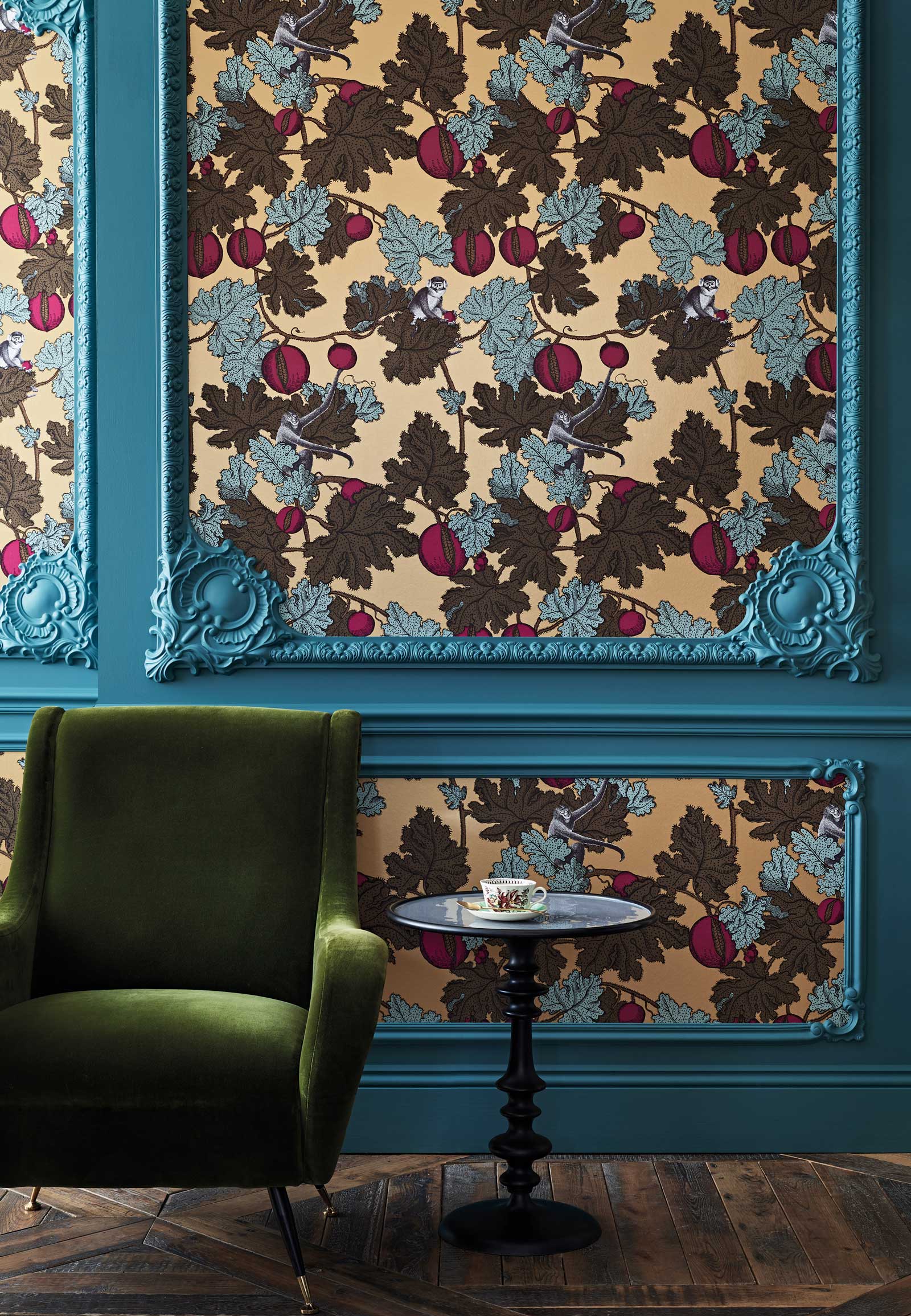 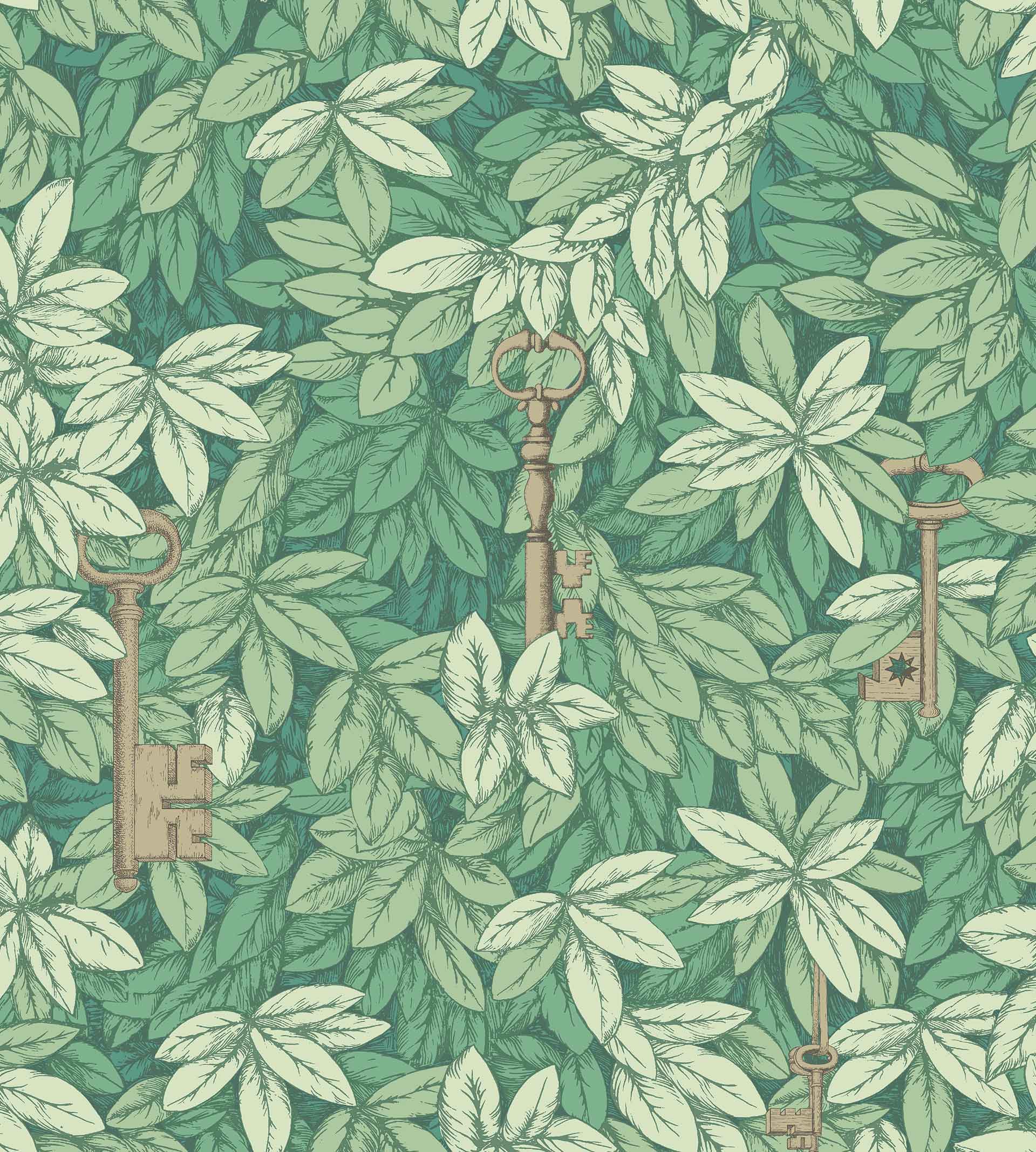 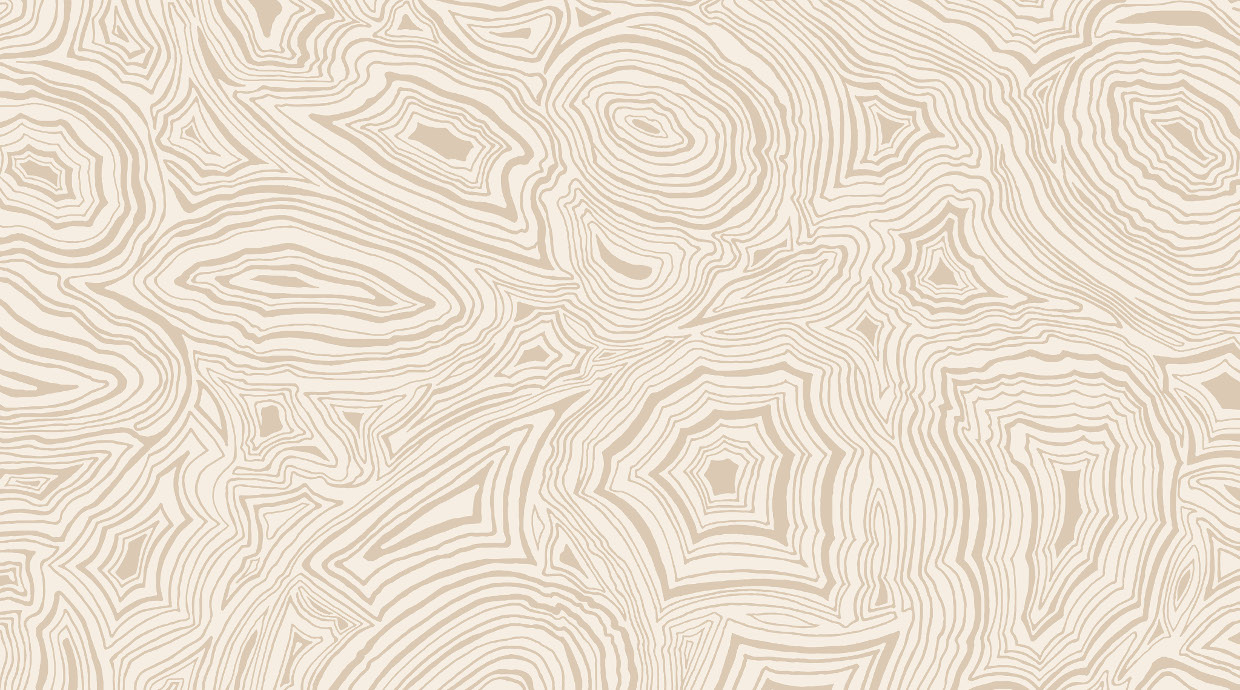 The animal kingdom offered a wealth of inspiration for Fornasetti, finding animals’ ability to exhibit human-like behaviour fascinating. Because of this, various animal figures have become synonymous with the atelier, such as mischievous monkeys. Exotic and alluring avian forms, as depicted in Uccelli, are an ode to Fornasetti’s attraction to the colourful plumage exhibited by different species of birds, adding to their surreal appeal. The same can also be said of creatures from the depths of the sea, strange alien-like forms that captured the artist’s imagination in designs such as Acquario. 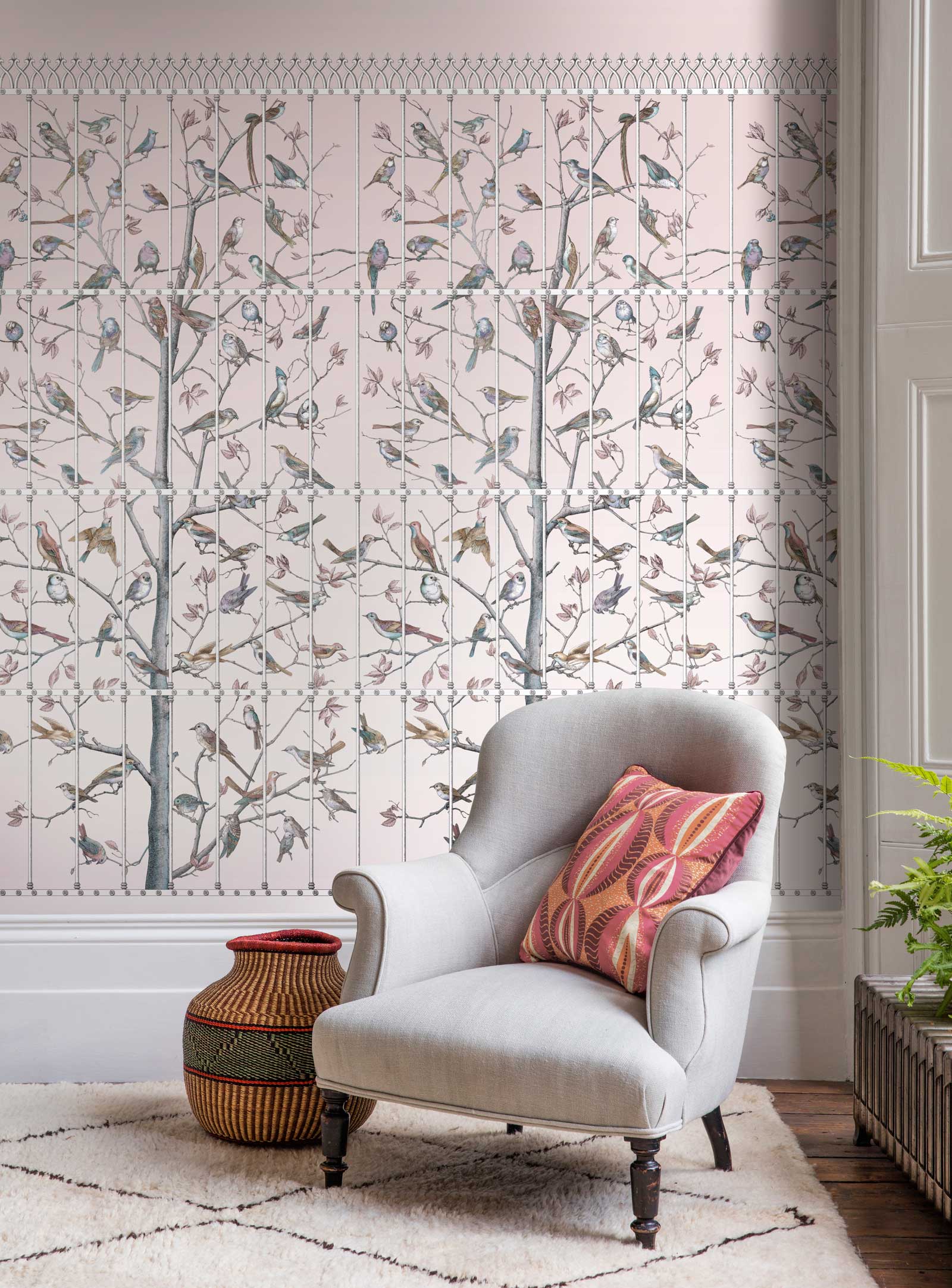 The sky was a vision that Fornasetti returned to again and again throughout his lifetime, incorporating clouds and skyscapes into a multitude of designs and scenes.

This romantic exploration into the abyss above became an experiment in imagination with the fantastical flying machines of Macchine Volanti and the thundering billows of cloud formations in both Nuvole and the smaller scale Nuvolette, all capturing countless ephemeral silhouettes. 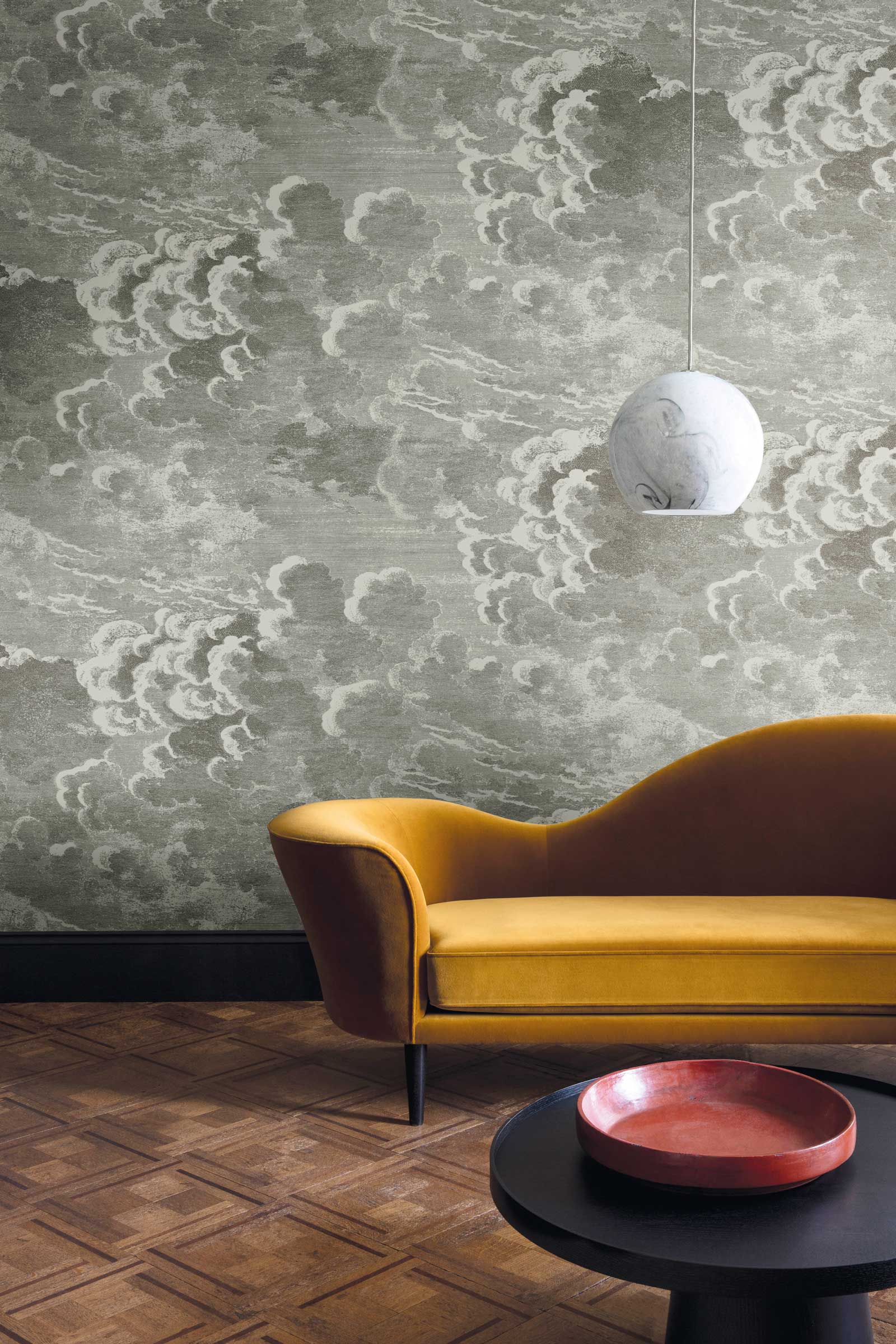 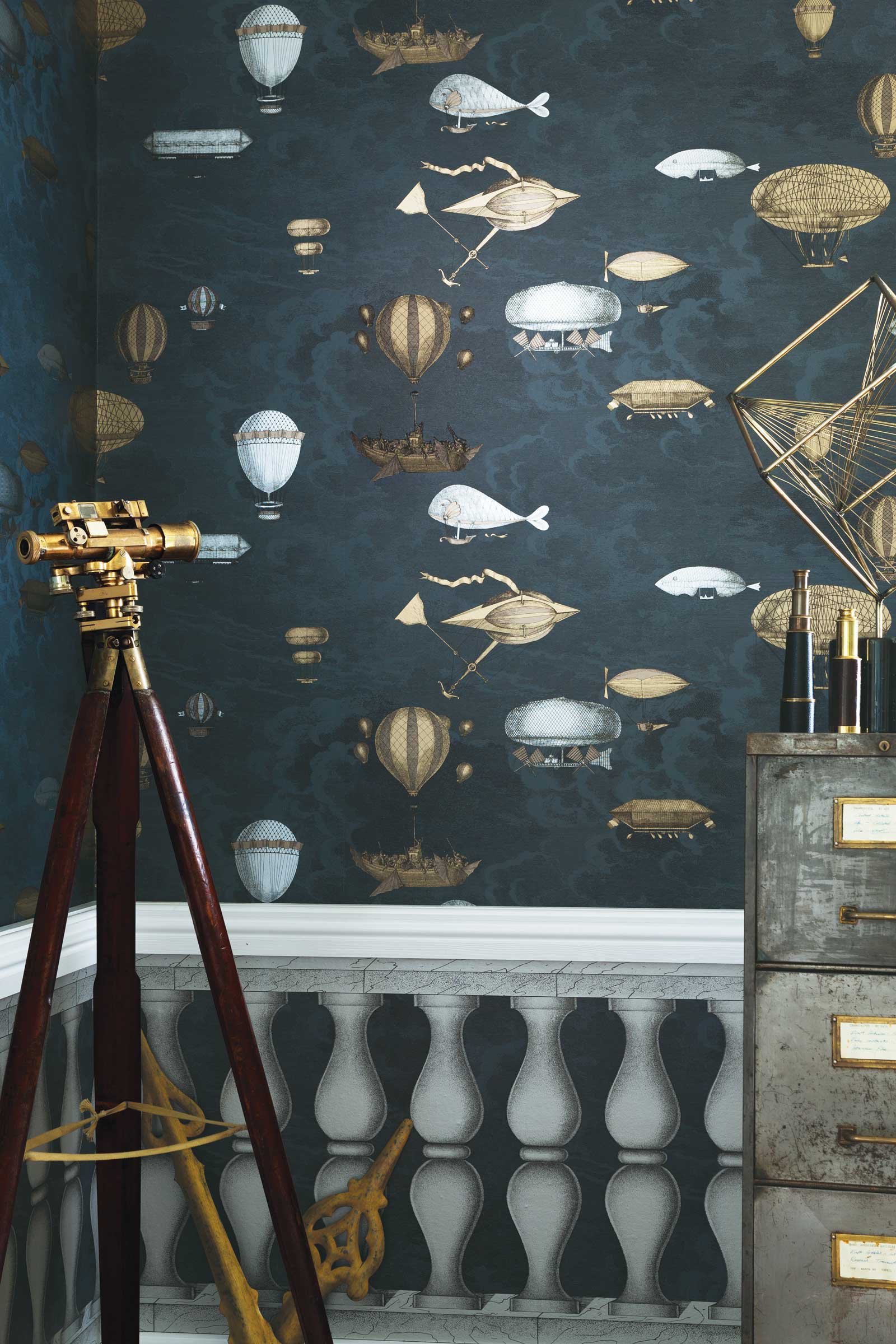 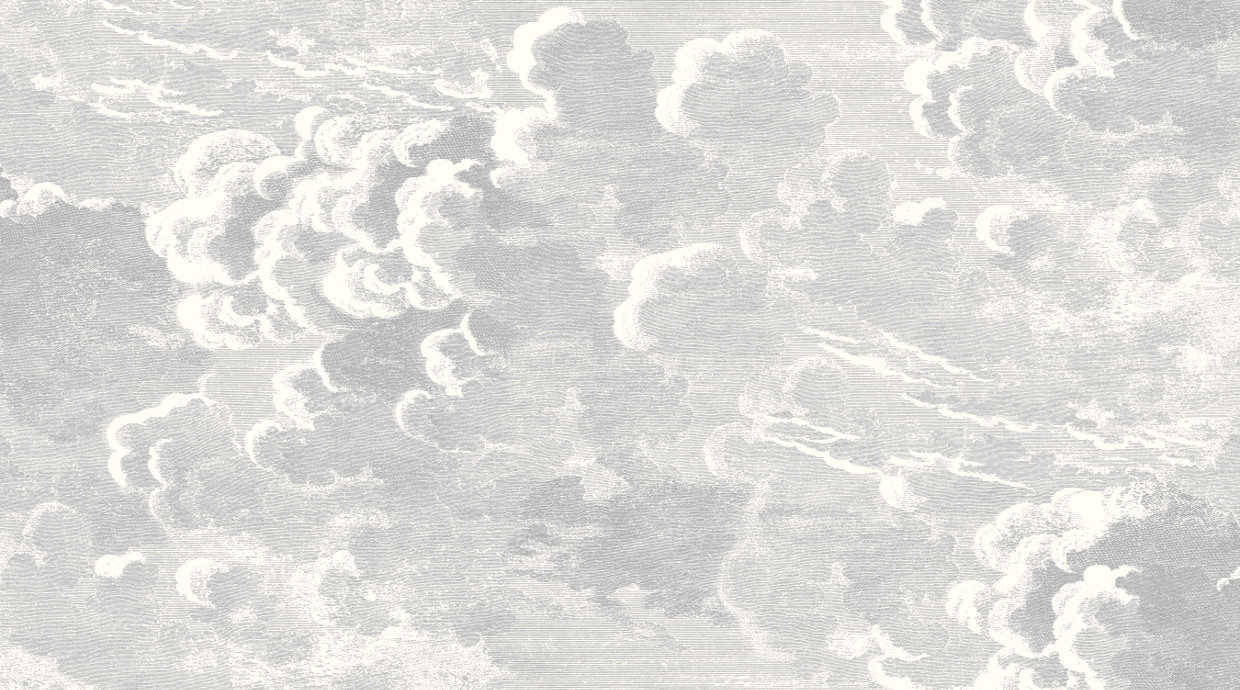 Encapsulating Fornasetti’s love of the arts, Teatro and Ex Libris are bold studies that create intriguing and conversational wallcoverings. The jewel-toned tomes of Ex Libris are an ode to the literature volumes on the applied arts that Fornasetti collected throughout the years. Whilst Teatro pays homage to the Italian Commedia dell’arte, a staple of both Italian culture and its influence on professional theatre across Europe and beyond. 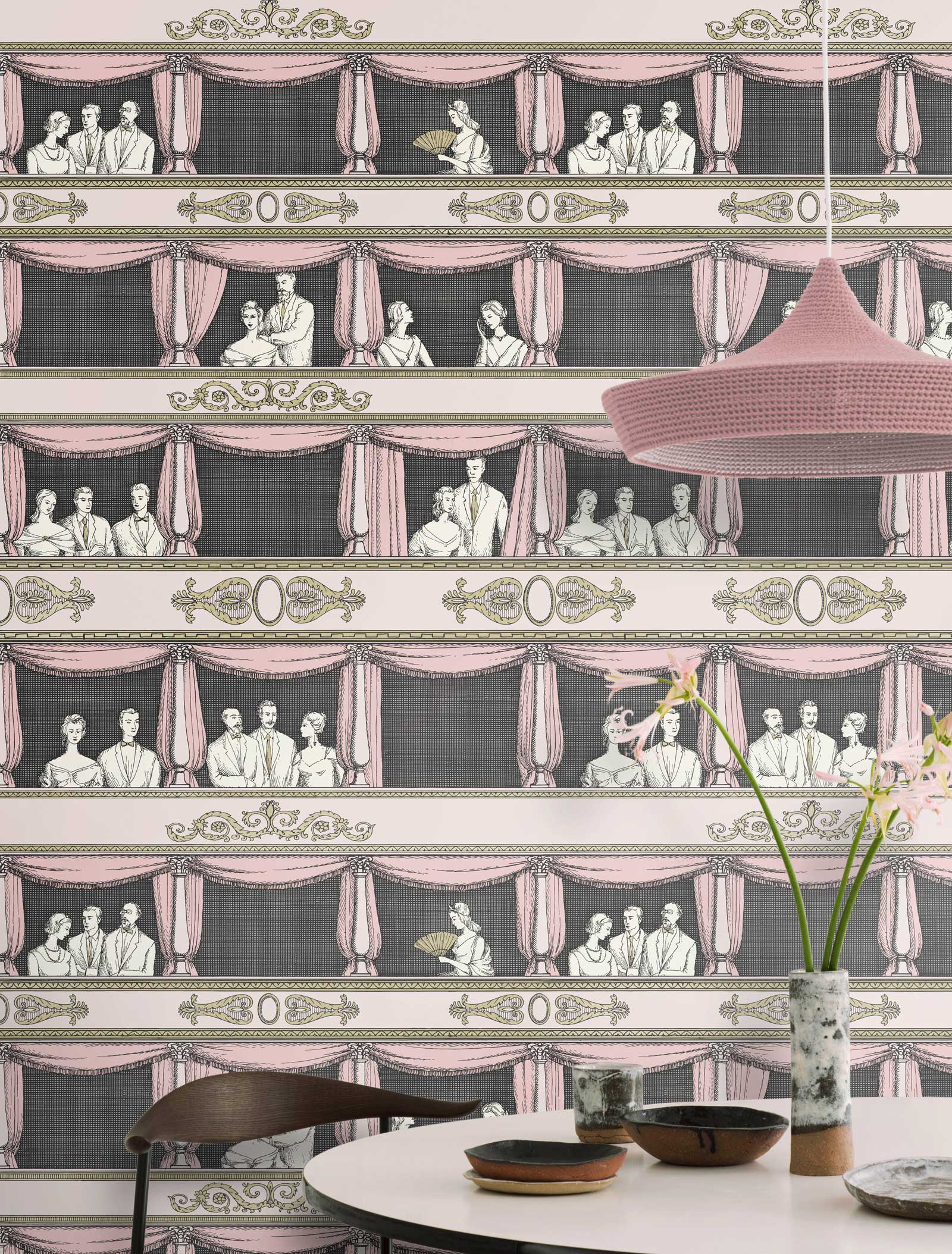 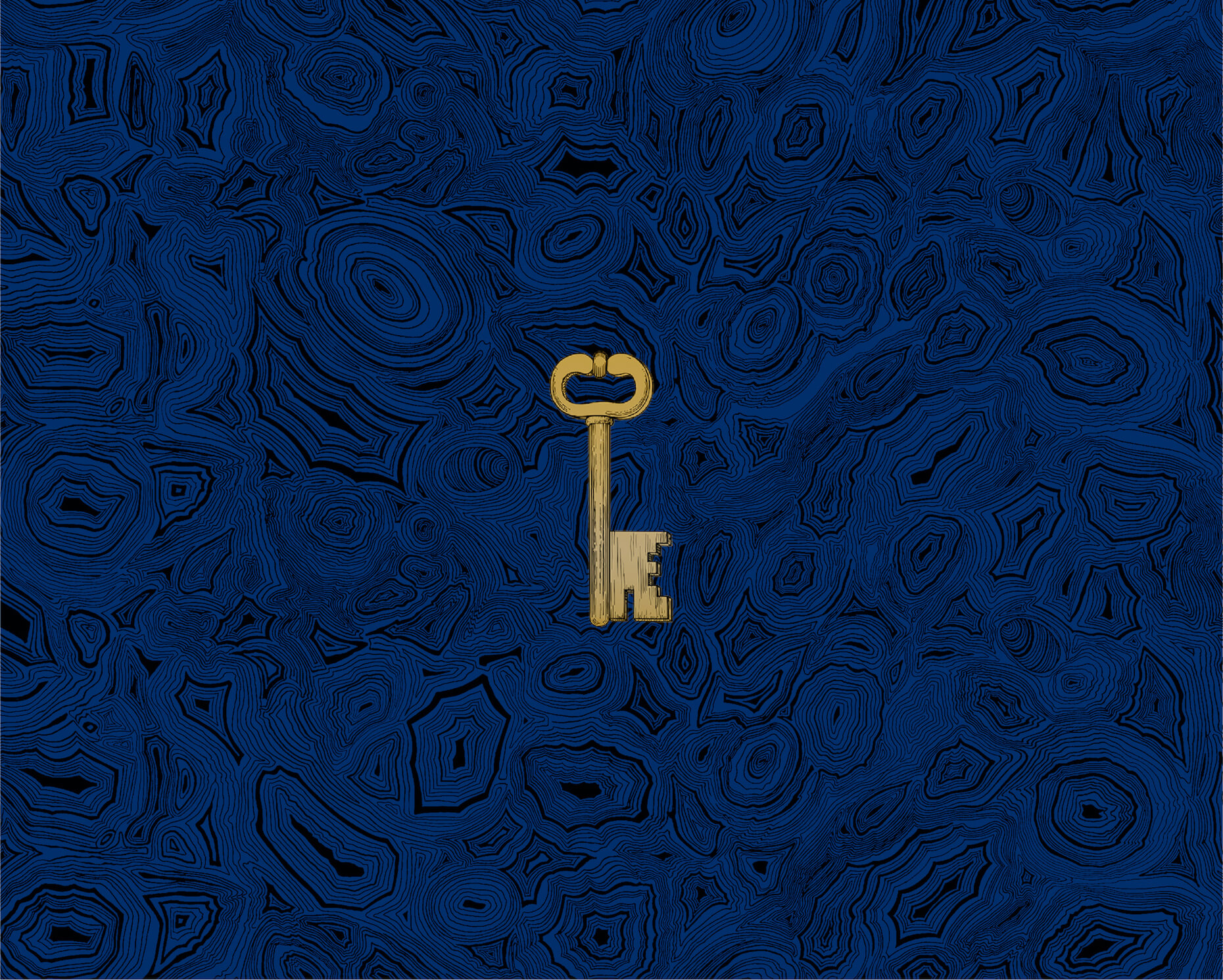